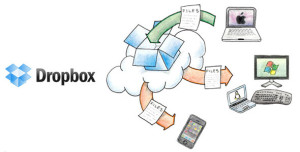 Maybe you are one of the many people feeling frustrated as Dropbox with its latest launch of Dropbox for Business has changed the way dropbox is actually stored on your computer.

Even on existing installations, Dropbox (usually under a windows installation located at c:\Users\$user\Dropbox) changed to Dropbox (Team) and Dropbox (Personal) separating this way personal files from shared business files and directories.

This should not be a problem for most users who use their dropbox storage for flat files either for sharing or for accessibility from many places.

When it comes to Macros, Excels, pivot tables, automated calculations etc which use absolute paths (and researching a similar issue for a customer of ours we found that many users have such issues), this minor change can end up to serious problems.

There is a way to work around this problem though. As renaming the folder back to Dropbox is not an option, under linux environment (dropbox for linux or Mac) a symbolic link will do the trick:

and you are done!