5 Most Famous Data Breaches of All Time 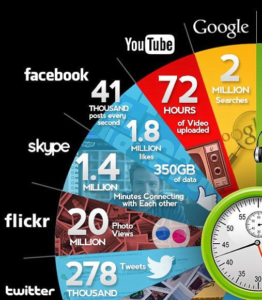 As a person living in the 21st century, you can’t be oblivious to the fact that tons of data is exchanged on a daily basis, physically as well virtually through the internet. The amount of data exchanged thanks to an estimated 3.4 billion people who regularly perform Google searches, update their Facebook status, script a tweet and watch their favorite YouTube videos again and again is just remarkable. See it for yourself!

That said, with the amount of information being shared through the internet and within organizations, the number of cases related to security lapses and information theft has been on the rise. Many companies, both big and small, have fell and continue to fall prey to groups of hackers looking to steal sensitive information. These internet vigilantes have become masters in their trade, bypassing millions of dollars worth of security measures put in place by companies in anticipation of such threats.

Let’s look at the 5 most famous data breaches to have occurred since the turn of the century; 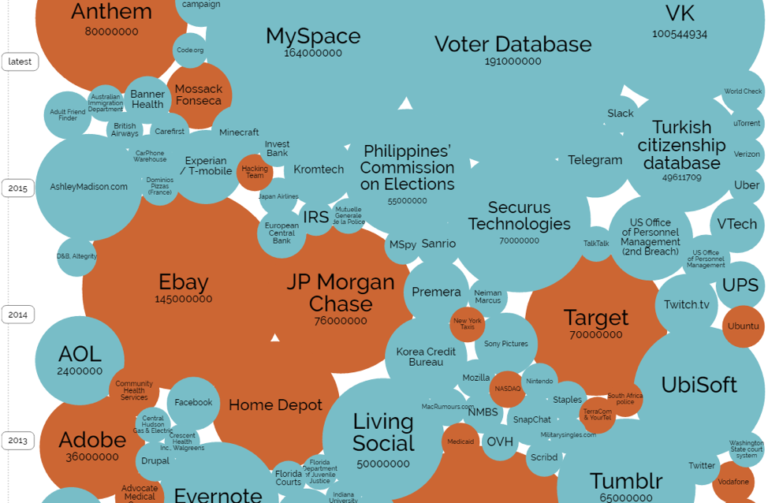 This was more of glitch rather than being a hacking attempt. The glitch was associated with those who used the social networking site’s “download your information” feature. Using the feature resulted in the individual downloading the personal information of all the people in their contacts list and those with whom they shared a lot of mutual contacts.

In late February 2014, hackers were successful in accessing the company’s database, getting away with the personal information of customers. As a result, a class action lawsuit was filed against the company, forcing it to pay up an estimated $200 million dollars in damages. However, the customers breathed a sigh of relief as their financial information was not compromised in all of this.

Cost of Breach: $1 billion in damages

The hack resulted in usernames, home and email addresses and phone numbers of 76 million households and 7 million small businesses being leaked. All of this happened despite the company spending $250 million on cyber security annually.

In December 2013, the post-thanksgiving attack on the card readers used by the company in its stores across the US resulted in approximately 30 million credit and debit cards being compromised. Not the departing thanksgiving gift most expected!

The turn of the year brings a change of fortune for many but in case of the retail giant, it bought them more bad luck. In January 2014, another cyber attack resulted in the hackers escaping with personal information of more that 110 million customers, including their names, home and email addresses as well as telephone numbers.

The result; the company had to pay $250 million in damages.

This was by far the biggest and most jaw dropping hacks of all as the hackers literally had access to everything the company had on their servers! Employee, actor and contractor information along with having access to unreleased movies was the most detrimental to the company. The hackers forwarded the entire marketing plans of the company to its rival studios and it also resulted in their upcoming movie named The Interview being leaked online, causing the company to lose $30 million on it. At least we got to watch it in our pajamas at home!