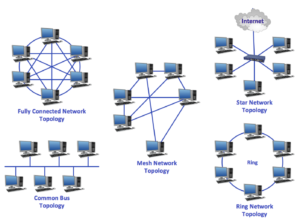 We have all heard of computer networks, but have you ever considered the different types of computer networks present in an organization. A network topology is defined as the way in which the various elements of a network such as nodes, links, etc. are connected with one another and how they communicate with each other.

In this blog, we will discuss the multiple types of physical network topologies. So, let’s take a look.

One of the most basic forms of a network topology, a bus topology is also known as line topology. Over here, the bus actually refers to the main central wire or cable that connects all the network and peripheral devices on the network. This topology is used to create small local area networks (LANs). The bus is also called the backbone. This type of topology is utilized in Ethernet systems.

The main advantages of this topology are that they are inexpensive, easy to install, and uses less wiring. The major disadvantage is that if there’s a break in the main cable, all the devices connected to it shutdown and furthermore, troubleshooting a problem can be difficult.

The benefit of this type of arrangement is that if any one of the device fails or there’s a break in the wire, the rest of the devices aren’t affected. But if the hub fails, the entire network shuts down. Additionally, it’s more expensive to implement than a bus topology because it involves more than one wire.

In this arrangement, the peripherals and devices are connected with one another to form a ring; data travels across each device in a closed loop and each device can access that data. The major benefit is that this topology can cover larger distances because every node can regenerate or amplify the data.

This topology combines the properties of a bus topology and a star topology. It’s also called a hybrid topology; the networks are configured in a star arrangement and these networks are connected to a main cable in a bus or line arrangement. This topology is used in large organizations with numerous networks because the network is easy to manage as it is divided into smaller networks. On the other hand, if the central hub fails, the whole network can malfunction.

In this topology, all the devices are connected to each other with many interconnections between the nodes. This results in the greatest amount of redundancy. In a full mesh topology, every node is connected to every other node in a network, but it’s the most expensive.

A partial mesh topology is less expensive and has a few nodes arranged in a full mesh topology, while the rest are connected to only a single or at the most, two nodes in the network. 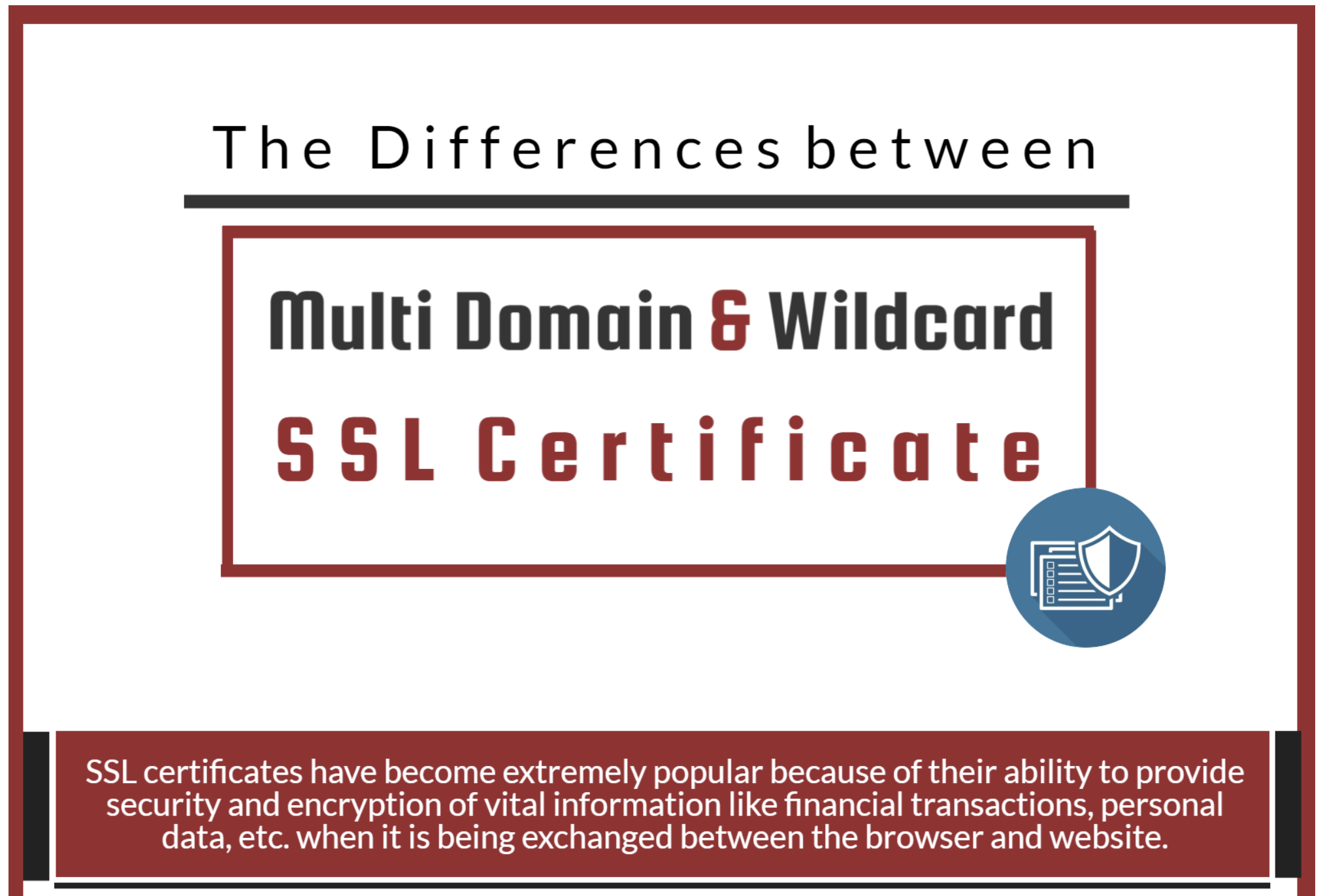 The Differences between Multi Domain and Wildcard SSL Certificate

The Differences between Multi Domain and Wildcard SSL Certificate